This preface was to have been written by Ignacio Ellacuría and myself. But, as we know, Ignacio Ellacuría is no longer among us. On November 16, 1989, he was murdered, along with five of his fellow Jesuits -Juan Ramón Moreno, Amando López, Segundo Montes, Ignacio Martín-Baró, Joaquín López y López -their cook, Julia Elba, and her daughter Celina, in the residence of Archbishop Romero Center at Central American University José Simeón Cañas.

30 years ago today, US-backed military murdered six Jesuit priests, their cook, and her daughter in their residence at the Central American University (UCA) in El Salvador. The martyrs were Christians, scholars, theologians, a mother, and a daughter, who were murdered because they lived out their theology. And theology is always political. They spoke against the injustice and the violence the State was perpetrating against the Salvadorian people. They witnessed to the God who presents himself in Scripture as Father to the fatherless and protector of widows (Psalm 68:5). They witness to the gospel of Jesus Christ, which is good news not only for life after death but for life in this life. They chose “to do [their] theology not contemplating Christ from the comfortable distance of the balcony, a secure and easily received orthodoxy, but [by] following him on the troubled roads of our Latin American lands.”

Today, we commemorate the 30th anniversary of the Jesuit Martyrs of El Salvador. We do not only mourn and ask for justice, but we are challenged by their witness, by their lives and death and hope of resurrection. I cannot find a better way to conclude this note but by sharing some verses from Julia Esquivel’s poem They Have Threatened Us With Resurrection:

They have threatened us with Resurrection
Because we have felt their inert bodies,
and their souls penetrated ours
doubly fortified,
because in this marathon of Hope,
there are always others to relieve us
who carry the strength
to reach the finish line
which lies beyond death.

They have threatened us with Resurrection
because they will not be able to take away from us
their bodies,
their souls,
their strength,
their spirit,
nor even their death
and least of all their life.
Because they live
today, tomorrow, and always
in the streets baptized with their blood,
in the air that absorbed their cry […]

Join us in this vigil
and you will know what it is to dream!
You then will know how marvelous it is
to live threatened with Resurrection!

To dream awake,
to keep watch asleep,
to live while dying,
and to know ourselves already
resurrected! 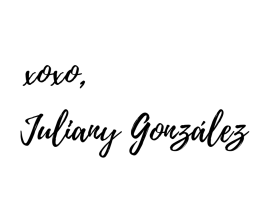 P.S. NPR did a note on the martyrs titled “Remembering The 1989 Massacre Of Jesuits In El Salvador.”

Esquivel, Julia, and Anne Woehrle. “They Have Threatened Us With Resurrection.” Spiritus: A Journal of Christian Spirituality 3, no. 1 (Spring 2003). https://muse.jhu.edu/login?auth=0&type=summary&url=/journals/spiritus/v003/3.1esquivel.html

I am an evangélica Puerto Rican born and raised on the island. In May of 2019, I graduated with a Master of Divinity -so presumptuous!- from Trinity Evangelical Divinity School in Deerfield, IL. I also hold a B.Sc. in Biology with an emphasis on Cellular and Molecular Biology from the University of Puerto Rico, Rio Piedras Campus.

© 2020 All rights reserved. Copying and republishing our content on other websites, or in any other place, without written permission is prohibited.